Explore how design, development experience and psychometric insights with AI and machine learning has changed the game development landscape.

Over the past decade, the game industry has undergone drastic changes, there has been an increase in presence of online games, digital distribution platforms, mobile and social games and the appearance of new business models around the gaming industry. There have been many theories and research projects conducted around the usage for AI driven game development and so we decided to interview Christoffer Holmgård, CEO of modl.ai — one of the first companies to bring it to the market. With a team of specialists from psychology to machine learning and game development, they have combined design, development experience and psychometric insights with AI and machine learning to provide new tools for game developers.

Before the era of technology, to develop a game such as Fortnite, developers would undergo a series of time consuming processes prior to launch. One of the most crucial and resource absorbing stages would be producing and testing the game. The production stage ranges from developing characters to refining the geometry and the testing process consists of third party testers and adjustments. One major concern regarding the traditional method of development relates to resolving the bugs discovered during testing as once it is released it becomes increasingly difficult to resolve these issues. On average, the process of game testing takes up to 6 months but using the technology developed by modl.ai, an hour long process such as detecting bugs in the geometry could take up to only 30 seconds.

With a higher demand for games and an increasing market size for the industry, companies are fighting to build the next award winning game which requires a maintenance commitment of at least 5 to 7 years. In the age of the internet, developers and players are more interlinked than ever, in other words, game players are always looking for gameplay updates, multiplayer functionality, player updates and so on and so forth which means developing games is getting more expensive, “the average cost of game development has increased 10 times every decade since the 90s, so to build the next GTA would cost $5 billion, which is why updated and cost effective technology is required to efficiently produce games”.

Naturally, over the 5 to 7 year life cycle of a game, players come in and out, and they all have different expectations which need to be met to ensure high quality gameplay experience, which is a never ending process as it requires producing and testing several additional features “and we address these problems by implementing AI and machine learning to help content testing as the game is being built.”

These are just some of the methods modl.ai has applied artificial intelligence and machine learning to game development:

Automated testing: They provide automated testing for development that prevents cheating and identifies potential glitches that could occur in gameplay — which not only helps reduce the amount of testers required for a game but as Christoffer believes:

AI bots: For online multiplayer games, it is crucial to have a mass amount of players to make the game enjoyable and attractive for the consumer — which is relatively difficult when releasing a new game. “What we do is that we collect data on all players, and use that data to develop psychological models of players based on their behaviour. We use these models to build AI bots that play just like humans, so the human players are able to have a richer experience in gameplay”. Aside from this, using the information collected, they are able to predict the type of player an individual will be which helps with planning content when deciding what to show to individuals.

Content Planning and Creation: The key to ensuring great user experience is understanding the motives behind playing a game. They combine leading practices from game design, psychometrics, and artificial intelligence, and use AI to predict what users would do, want and experience.

Overall, the entire premise is to free up resources for developers enabling them to do better things with their time. Allowing them to improve the quality of their games as well as improving efficiency in the game development process.

What are some of the potential applications of AI and implications for it on society? 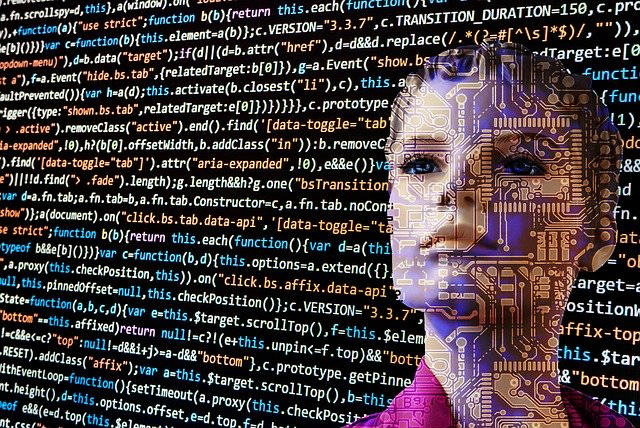 The potential for the technology at modl.ai is still being discovered, so far they are applying it to the game development landscape, but the potential is still to be revealed.

As we continue to explore the potential for our technology and AI, naturally we will start applying it to other spheres of life

In theory, AI is supposed to improve the lives of humans through many factors, for example, Unity and Unreal Engine — two of the largest softwares for game development, are able to expand and use their technology for training self driving cars, simulation, architectural visualization and planning. However, there’s always two sides of the story, recently, these softwares have also been used to remote control tank operations and systems.

In terms of employment, we are in a transitionary period and Christoffer relates to it as “the spreadsheet effect”. In the 1980s, the first spreadsheet software, VisiCalc, was released. There was a fear that accounts would no longer be required as the entire process could be computerised. So businesses and employees were worried about loss of business and jobs, but in fact the opposite happened, due to the new technology, companies were able to predict and analyse numerous scenarios prior making a financial decision as the software would complement the services of the accounting industry rather than substitute them — hence he believes, history will repeat itself.

What would you say are some of the greatest difficulties faced by startup founders?

One of the greatest challenges all entrepreneurs face is establishing a sustainable business model, especially for innovative founders that are first to market.

Some entrepreneurs sometimes give up quite early, but I look it as a staircase, you climb a little everyday

Gaining traction at a very early stage is utmost important but yet is one of the most difficult aspects of running a startup, to gain the support of businesses and other startups it is important to build on trust with potential clients using the experiences of the team. “we have been lucky enough to find pioneer businesses to work with that are interested in trying this out, it is really important to have early success cases to grow”.

“Another challenge is scaling and efficiency of management, the day we started, we had to scale from 3 to 13 employees to undergo the project we were working on. This expansion and managerial process puts any entrepreneur to the ultimate test.”