The Chinese are terming it 'revenge spending' – what is it and will it be enough to get the economy going again? 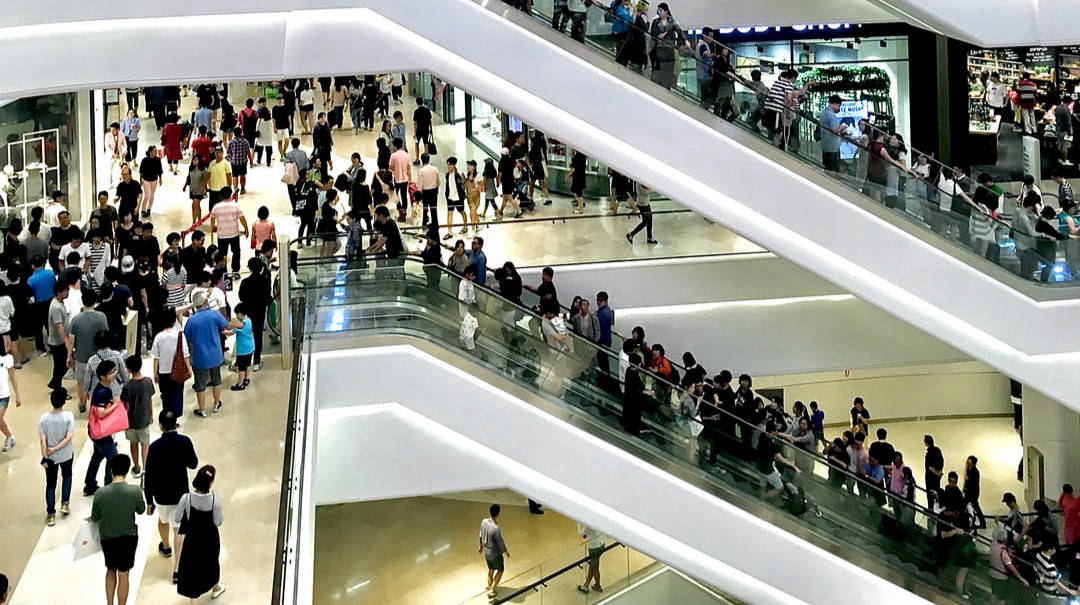 The combination of a record-breaking day for French fashion house Hermès, news of Tesla’s best Chinese sales in the month of March, and reports of a mini-boom in multi-million-dollar property sales have spurred talk of a revival in consumer spending in China.

How the economy needs it: first quarter GDP contracted by 6.8% from a year ago, the first decline since 1992, when formal reporting began. Yet tales of a lift in ‘revenge spending’ – a local term for pent-up shopping after the lockdown – don’t necessarily signal a revival in retail in general.

Hermès is said to have enjoyed at least Rmb19 million ($2.7 million) in sales on the reopening of its Guangzhou store last month, the best daily tally for a single boutique in China. Jean-Jacques Guiony, chief financial officer of LVMH, the world’s largest luxury group, said that its biggest brands had also enjoyed a “significant” improvement in sales since the reopening of stores from mid-March. “We’ve seen very substantial growth rates, sometimes in excess of 50%, so it really shows the appetite of Chinese people after two months of lockdown to come back to stores and come back to their previous patterns of consumption,” he told fashion industry trade journal WWD.

But other commentators have urged caution, saying that it’s more a case of customers buying their handbags and watches in China because they can’t travel to countries where they would often do more of their luxury shopping.

Analysts should be similarly cautious about a spike in sales of high-end homes in cities such as Shenzhen and Shanghai in recent weeks, said Yan Yuejin, director of E-house China Research and Development Institute. In mid-April, the media reported that mask-wearing homebuyers had snatched up properties in the two cities priced from Rmb20 million upwards. But Yan explained that luxury homes are seen as safe-haven investments amid the post-pandemic gloom. Their scarcity is part of their appeal and the spree didn’t point to a surge in home prices in general.

“In fact, even in cities like Shenzhen or Shanghai, sales of second-hand homes in many areas have remained stagnant or declined,” he added.

Despite loosening of lockdown restrictions across most of China there wasn’t much of an uptick in consumer spending as March progressed. Restaurant sales were actually worse than in January and February. Since then almost all the remaining restrictions on movement between cities and provinces have been lifted. But two multinationals with major high-street presences have offered a restrained view on the consumer rebound. Starbucks saw its China sales plunge 90% at the peak of the outbreak in February. Last month’s numbers saw significant improvement. That said, April’s sales were still 35% down from a year ago. McDonald’s said its burger outlets were experiencing a “reduced level of demand” too, according to Financial Times.

Those figures might show some improvement during last week’s May Day public holiday. Trip.com (better known in China as Ctrip) said that the long weekend had triggered 43 million domestic tourist bookings – double the figure for a public holiday period just a month earlier. There are also signs that traffic congestion is returning, although James Pomeroy, an economist at HSBC, put out research last week citing surveys of how people are still reluctant to travel on trains and buses. Three quarters of respondents said that they were avoiding public transport. Anxiety in Wuhan, the epicentre of the outbreak, has even triggered a local boom in car sales, he added.

Polling from British firm YouGov last month suggested it will take time for consumers around the world to lose the lockdown mentality. With China – the first to emerge from pandemic protocols – shoppers there might have a head start. Indeed, YouGov’s survey showed more readiness among Chinese than most nationalities to risk contact with other people. But 86% of respondents were still intent on avoiding crowded areas, which is hardly conducive to a retail revival.

Indeed, while the depth of ‘revenge spending’ in China is debatable, a surge in bank saving has been signposting something rather different.

Households deposited about Rmb70 billion a day in new funds during the first quarter, with savings increasing by almost 7% in total over the same period. Much of that is cash that people aren’t spending at the shops, with lower-income families (those on no more than Rmb50,000 in annual earnings) particularly cautious.

In fact, more than half of the lower earners in the survey – which looked at the financial habits of 28,000 users of Alipay, the digital payment app – said they would be saving more than they spent (compared to just over a third of the households in the poll earning Rmb1 million or more).

“Because of the epidemic, the job instability of low-income groups surged, which in turn reduces their incomes,” the survey concluded. “Without massive consumption stimulus, there is unlikely to be ‘revenge shopping’.”

That was corroborated by a separate survey in mid-April by McKinsey, which found that 40% of Chinese consumers said they’d be more careful about spending money (only 13% of respondents said they were primed to go shopping). In an article on the same theme the Wall Street Journal visited a mall in Shanghai where footfall was only 75% of pre-crisis levels. It interviewed the owner of a fashion boutique who said that “business was the worst she’d ever experienced”. She was even planning to quit the city after 20 years there.

Little wonder that Shanghai’s government just came up with a new shopping festival to encourage discounts and extend store opening times. In fact, price cuts are grabbing headlines. Pinduoduo, the e-commerce platform (see WiC493), put 55 cars up for sale on the week beginning May 4th at a 55% discount. Cars from local producer SAIC were part of the promotion, with the special offer limited to Shanghai residents.

Discounts like these might whet the appetite, but there are more fundamental forces holding back a return to ‘normalised’ consumer spending. The most obvious is the rapid rise in joblessness. The official data acknowledged 27 million unemployed in March, but the Wall Street Journal cited estimates by a major bank that the true figure could be closer to 80 million, with business closures during the peak of the Covid-19 outbreak wiping out millions of jobs held by migrant workers.