More than 9,000 Chinese firms have reregistered their businesses as being in the 'semiconductor industry' but some are already going bust 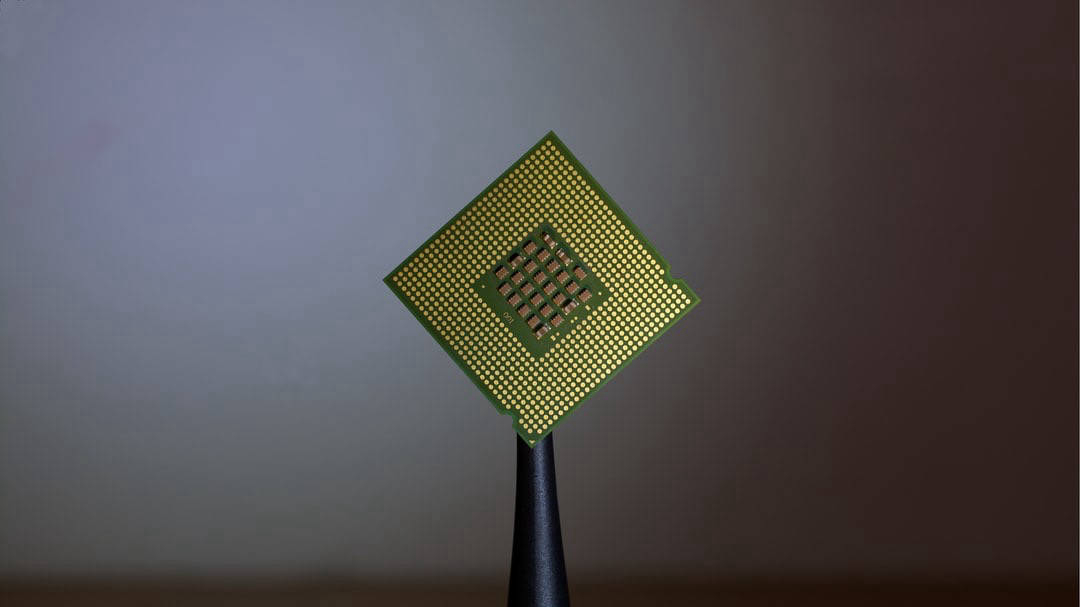 Drawing on Nikita Khrushchev’s prediction in 1957 that the Soviet Union would overtake the United States as the leading industrial power within 15 years, Mao Zedong told counterparts in Moscow that China could overtake the UK in the same timeframe.

It formed the basis of one of the slogans of his Great Leap Forward campaign: “Surpassing Britain and catching up to America”.

The original idea was to boost steel production to exceed Britain’s in 15 years, before drawing level with the Americans in about 50 years.

But Mao became more ambitious as the movement developed, prompting his planners to make bolder projections. One of the revised plans suggested that the Chinese could surpass the British in steelmaking in just two years (by 1959, or the second year of the 2nd Five-Year Plan). It prompted a directive for the nation to go all-in on steel production, with villagers throwing their farming tools and even their cooking woks into clay-clad furnaces in their backyards.

Most of the steel that was made proved substandard and the campaign contributed to a disastrous famine that may have killed more than 30 million people (an official count of casualties has never been released; see WiC98).

The Chinese government will soon announce its 14th Five-Year Plan. Today’s policymakers stick more closely to economic reality than in Mao’s time. Yet some of the slogans from the Great Leap Forward era have returned to the newspaper headlines. That’s because China is grappling with another major challenge – this time in trying to reach parity with the US in key technology, primarily semiconductors.

In fact, there’s been a frenzy of activity as semiconductor firms set up across the country. But with news of a number of these businesses going bust there is also talk about how the Chinese will avoid the same mistakes of a “rash advance” – a term China’s Communist Party has used to describe much of the activity in the Great Leap Forward – in today’s semiconductor sector.

What is at the heart of the matter?

Rather than steel, semiconductor chips are the latest focus for a self-sufficiency drive. The sense of urgency grew two years ago, with Washington’s sanctions on ZTE (see WiC406), which saw the Chinese telecom equipment firm crippled by its reliance on American chips.

ZTE stayed afloat after paying a $1 billion fine to the US government. A personal phone call from Xi Jinping to his American counterpart Donald Trump then delivered a reprieve from the US president that John Bolton, the former National Security Advisor, described in his book as an act of “personal whim and impulse” (see WiC502).

Personal relations between the two men have frayed since then and repeated executive orders from Trump have blocked companies around the world from doing business with ZTE’s bigger rival Huawei, which admits that its world-leading smartphone business will be close to shutdown once its inventory of processing chips runs out.

The US sanctions also warn foundries such as Taiwan’s TSMC and even mainland China’s state-owned SMIC against supplying Huawei with any semiconductors made with the help of American parts or software – a prohibition that blocks access to the vast majority of the chip market.

In fact, SMIC faces similar threats to its own survival. Earlier this week the US government said it had imposed restrictions on exports to China’s biggest foundry after finding an “unacceptable risk” that SMIC’s chips could be used for military purposes. Suppliers to SMIC will now have to apply for export licenses on a case-by-case basis.

In the wake of what Beijing terms Washington’s “extreme pressure” there’s renewed determination to empower Chinese chipmakers as part of the “China’s heart” campaign (the Chinese word for ‘chip’ sounds similar to ‘heart’).

Along the same lines, there have been calls for “an entire country’s effort”, a government phrase which typically refers to a nationwide campaign to achieve collective goals. Previous instances run from the plan to win the most gold medals at the 2008 Olympics to the rather more important challenge of containing the Covid-19 outbreak earlier this year. But now the same banner is being applied to efforts to wean the country off its reliance on semiconductor imports, which topped $260 billion in 2017, or twice the amount that the Chinese spent on oil imports, according to government data.

What’s the evidence of a Great Leap Forward in chipmaking?

A chart showing the number of newly created semiconductor firms went viral last week. First posted by a social media blogger, it summarised data from Qixinbao, an information provider on corporate registrations, in claiming that 9,335 companies had reregistered their business focus as the “semiconductor industry” in the first eight months of the year.

There are now 1,230 firms from Zhejiang province that claim to be semiconductor firms, compared to less than 250 a year ago. The number in Shaanxi – best known as one of China’s biggest coal producing provinces – has jumped more than six times to 905. There are 2,401 such companies in Guangdong and 1,262 in Jiangsu.

Some of those making investments in chips are bigger tech names. The likes of electric vehicle maker BYD, home appliance producers Gree and Xiaomi and internet heavyweights including Alibaba, Tencent and Baidu have all announced plans to fund some form of activity in the semiconductor supply chain.

Whether these larger companies will be capable of making the leap is debatable (chipmaking giants in other countries have specialised in their craft rather than added it as an ancillary business). But the prospects look a lot worse for the thousands of smaller firms with aspirations in the sector, especially those with no obvious expertise.

Entry barriers to the industry are already notoriously high, with long lead times to production and significant capital requirements. Many of the newcomers look unconvincing as would-be semiconductor titans. “Some of the companies not so long ago were wholesalers of construction materials or doing plastic surgery, candy production, taxation consulting and cultural communication. Now they have suddenly popped up in the semiconductor industry,” Tencent News warned this week.

Take Quanneng Advanced Integrated Circuits, which was set up in 2019 with backing from the Jinan city branch of Sasac (the SOE asset manager). It captured national attention last month, but only because netizens discovered that its four co-founders have the same names as Hong Kong’s four favourite popstars from the 1990s (a certain ‘Andy Lau’ is Quanneng’s co-founder and CEO, and ‘Aaron Kwok’ is its vice president).

That alone made internet users question its credibility and Tencent News is similarly suspicious of companies that claim to be in semiconductors, but lack the skillset for success. “Since the ZTE saga in 2018, many observers have predicted that a large number of ‘semiconductor firms’ would pop up, forging new projects or repackaging failed ones, just to make a run for state subsidies,” it declared.

The telling tale of Wuhan’s HSMC…

China’s semiconductor sector has a history of fraudulent players. The much-hyped Hanxin (aka ‘heart of the Han [Chinese]’) processor invented nearly two decades ago was later discovered to be a scam in which workers were sanding off the Motorola brand and replacing it with the Hanxin logo (see WiC406).

Astonishingly, the chipmaker was still able to drain billions of yuan in state subsidies before being caught out.

The Chinese government is now prepared to splash out even more money to get the job done. Bloomberg reported last month that Beijing is likely to pledge as much as Rmb9.5 trillion ($1.4 trillion) in tech investment in the 14th Five-Year Plan, which is set to be presented later this month at the Communist Party’s Fifth Plenum. Hefty subsidies will be on offer to so-called ‘third-generation’ semiconductor firms.

One of the cities tasked with leading the charge is Wuhan, where the local government has pledged $24 billion (and counting) in a grandiose plan to create China’s ‘Optics Valley’ (see WiC322). However, the city’s reputation as China’s chipmaking capital took a major dent last month when news that HSMC, one of its ‘name card companies’, is going under.

HSMC was set up in 2017 as a joint venture between the Wuhan government and a Beijing-based firm called Guangliang Lantu Technology. There was talk of up to Rmb128 billion in investment. By the end of last year it had drawn down about Rmb15 billion in funding (mostly from the local government) and started building its HQ in a large industrial park in Wuhan. Reportedly it was targeting the production of processors more advanced than the 7nm category – know-how that has eluded the domestic foundries in mainland China (only TSMC and Samsung have mastered next generation 5nm fabs).

However, according to Caixin Weekly, the Wuhan government is already crying foul on HSMC’s construction plan, describing it as “a rotten-tail project” (a real estate term for a developer that fails to complete its work because of insufficient funds). Capital previously pledged by Guangliang Lantu does not seem to have arrived and a EUV (extreme ultraviolet lithography) machine owned by HSMC has been pledged as a collateral for bank loans. That’s a measure of how serious the situation is: EUVs have become rarer commodities in China since market leader ASML came under pressure from the Trump administration to stop exporting them to Chinese firms (see WiC512).

What are the lessons learned?

Outlook, the country’s oldest state-owned weekly magazine, reported this week that construction on 20 semiconductor projects started in the first half of this year, involving investment of more than Rm60 billion. Yet it warned that the “sustainability of these projects is worrying”, given that six similar ventures, involving Rmb10 billion of investment each, ended up as “rotten-tails” in the past year. For instance, Chengdu Global Foundries and Shanxi Kuntong Semiconductor went bust. Other commentators are adamant that cases like HSMC are costs that will have to be incurred as China strives for a semiconductor sector of its own. They argue that catch-up with the US is inevitable too. The export embargo will actually speed up this process, they believe, despite making things more difficult in the near term.

All the same, newspapers like the Global Times want the government to play more of a role in directing the effort. “It is time to call for rational investment and top-down design by the government to avoid ‘expensive’ failures,” it advised.

In fact, the state has already invested billions in pursuing the policy goals of producing 70% of domestic chip needs by 2025, and reaching parity with international leading-edge technology in all segments of chipmaking by 2030. So far, most of the gains have been made in the areas of assembly, testing and packaging of electronics. Breakthroughs in four key parts of the supply chain – the automation that supports the chip design process; chip manufacturing; and the equipment that chipmakers need for production – have been more limited.

Chinese firms have made progress with foundries that make less sophisticated chips. But they are still largely reliant on foreign technology for the inputs into the production process – hence the concerns over SMIC’s future. And the consensus in the industry is that they are at least 10 years behind their rivals’ know-how. What’s more, each generation of leading-edge manufacturing has a lifespan of between two and four years before it is typically overtaken by newer technology, meaning that China’s challengers must jump a few generations at a time to catch up.