Get to know the wines of Burgundy better in 5 Q&A with WWX. Learn why they are so special, how to understand their style and the best way to enjoy.

Starting this week we will be regularly posting Q&A blogs on key wine regions of the world to help you know them better. As the common saying goes "All roads lead to Burgundy", let us start the series with Burgundy, a well-renowned wine region at the heart of France. 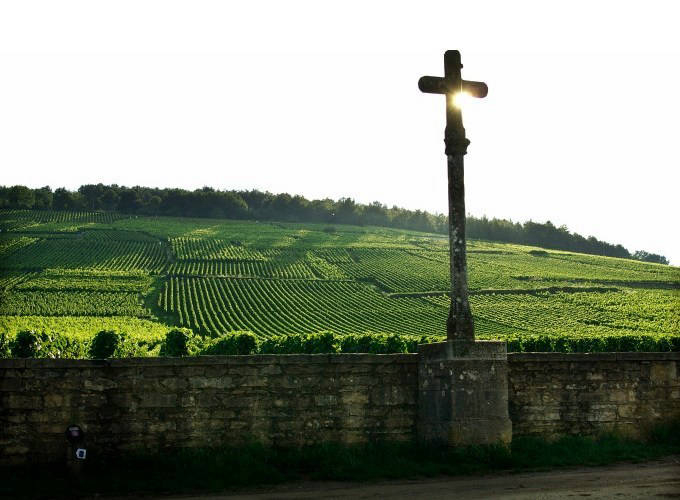 Thanks to Napoleonic Code, an over 200-year-old law on inheritance that is still of relevance today. it directly contributed to the highly heterogeneous nature of Burgundy expressions. Under the Napoleonic Law of Inheritance, vineyards were to be equally and compulsorily divided among all heirs. That essentially broke vineyards down into extremely fragmented parcels, explaining the miniscule production per fine wine producer, who mostly choose to retain full control on grape growing and winemaking. This breeds and nurtures truly great, very limited artisanal fine wines in Burgundy.

Question 2: When it comes to quality, which of the following is most important: terroir, vintage or producer?

There are proponents behind all three. Let’s look at Terroir first. Terroir narrowly refers to soil, climate and all that Nature provides; and can broadly include common grape growing practices and winemaking styles of a specific wine region. Burgundy’s prime focus on site quality naturally attract “Terroir first” proponents. Generally, the higher up the quality hierarchy, the better the wines. A wine from a Grand Cru site is better than a wine from a lesser site, be it Premier Cru, Village or generic appellation. (We wish things are just this simple as well.)

From a producer point of view, vintage may stand out as the most important factor. Burgundy being an area prone to frost risk and hailstorms, can sometimes see an entire harvest wiped out by natural hazards, or unfavorable weather conditions such as rain during harvest. What happens during the vintage can therefore have a material impact on wine quality and expression, especially difficult ones.

Oddly, it is the presence of difficult vintages that justify why producers can perhaps be the most important factor after all. Take vintage 2012 as an example, the vintage is a challenging one given frost and hail attacks, and rather erratic weather patterns throughout the vintage. The ultimate winners are those crafted by producers who devote tremendous efforts in sorting and selecting only the best berries, and those with a genius touch on flavours and tannins extraction. That explains why some Burgundy fanatics tell you to look into and follow specific producers, after your finding out which villages, or vineyards match with your personal preference.

Question 3: What does it mean when people talk about masculinity and femininity in Burgundian Pinot Noir?

These two poetic terms are discouraged in professional tasting whilst proven highly effective especially when communicating in a social context. Let’s seek to explain these poetic terms with what’s in the glass.

The stereotypical masculine Burgundy has got to be Pinot Noir from Gevrey Chambertin, where the most celebrated vineyard of Chambertin Grand Cru being known as the sturdiest and most powerful expression. Gevrey-Chambertin relative northerly location provides for a cool, elongated ripening process that allows for a good build-up of concentration, well-preserved acidity and tightly-knitted tannins. Masculinity is often a measure of a wine’s firmness and grip. It is interesting to note that rusticity, usually expressed as earth, brown spices, leathery aromas, is also closely identified as a masculine sign. To conclude, the notion of masculinity in Burgundian Pinot Noir hinges on the wine’s sturdiness (in terms of flavor concentration, tannin robustness, body breadth). An earthy touch adds to the masculine impression.

When it comes to femininity, one tends to think Musigny, and Volnay. It will be easier for us to focus the discussion on the 10-ha Musigny than the 220-ha Volnay. After all, the larger the size, the more inaccurate the generalization. Musigny is often seen as the Queen of Burgundy; whilst Chambertin claims the King’s throne. Relatively shallow rocky limestone soil on Musigny’s steep slopes contributes to the wine’s finesse and airiness. A stark contrast against Chambertin’s flat, deep calcareous marl soil. Instead of rusticity, Musigny speaks the language of flowers. Fresh roses, violets, morning dew are often found in these quintessential feminine expressions. To conclude, the notion of femininity in Burgundian Pinot Noir hinges mainly on the wine’s curves and fluidity (flavor nuances and delicacy, tannin silkiness, purity and smoothness). Floral characters add to the feminine observation.

Lastly, we’d venture to say that fruit profile has little to do with the notion of masculinity and femininity – after all, is an expressive bouquet of red fruit, versus black fruit, more masculine or feminine?

Question 4: To decant or not to decant?

We are of the view that Burgundies should not be decanted. Let’s recap the definition of decanting, as extracted from Oxford Companion to Wine – Decanting is “an optional and controversial step in serving wine, involving pouring wine out of its bottle into another container called a decanter”. Most of the time, the delicate and nuanced aromatic aspect of Burgundies tend not to show better with the rapid aeration effect of decanting.

Having said that, let’s consider why a few out there still prefer their Burgundies decanted, a preference not uncommon in Hong Kong. Decanting generally allows for a wine to open up
more quickly – by that we mean the rate of which aromas become obviously expressive. However, whatever comes quickly goes quickly. With that understanding, the practical question to ask is: how fast do you drink? A lovely bottle of Grand Cru Burgundy to be shared among 8 drinkers, all of which generally finish a glass in 30 minutes, that may actually justify decanting. Especially if the wine is youthful and sturdy. Conservatively, youth in Grand Cru Burgundy refers to any wines released within the last 10 years. Sturdiness of a wine can be an interpretation of its masculinity and femininity as we have covered above.

Arguably the most difficult topic to grasp and master for wines of Burgundy. Drinking window refers to the window of time during when a wine is at its prime, and therefore is most expressive and harmonious. When a wine is within drinking window, decanting becomes absolutely unnecessary. Suffice to say that every wine lover’s dream is to enjoy a bottle during its peak.

You will be able to find a definition of drinking window in almost all wine critic’s reviews. It is a purely experience-based assessment. Yes, unfortunately there is no scientific way to discern drinking window. When it comes to Burgundy, our experience is that most of the time, the wines' fruit profile tends to shy away during first 3 to 5 years, leaving the drinker with not much to appreciate except for austerity and tart acidity on the palate. When Burgundies are closed, their aromatic characters often appear muted and suppressed. We suggest a reference to leading Burgundy wine critics such as Allen Meadows, Clive Coates MW and Jasper Morris MW for a reliable reference on drinking window.