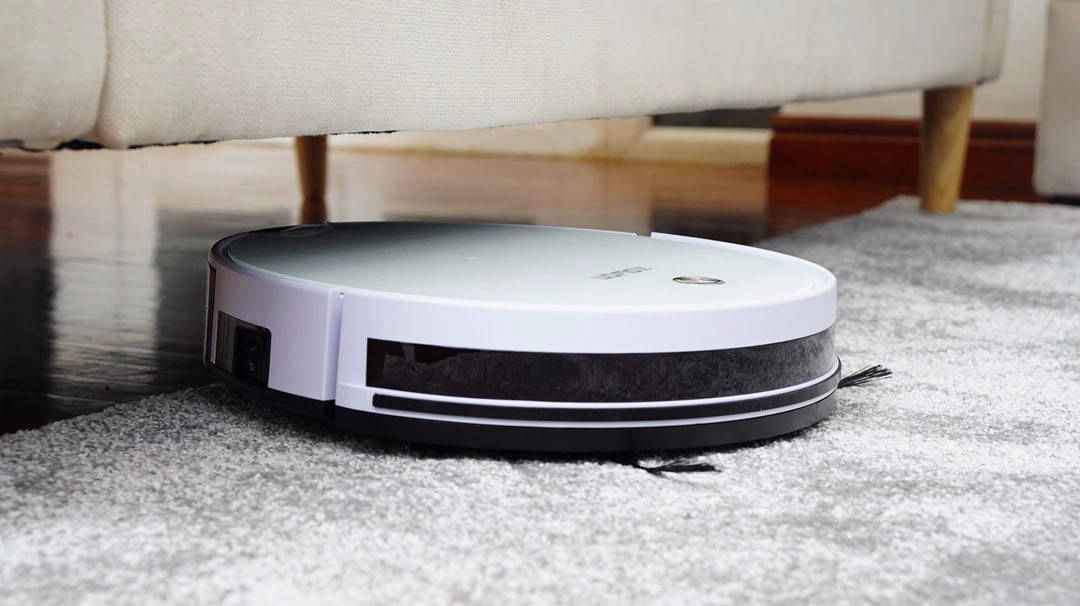 When Walter Griffiths invented the world’s first portable vacuum cleaner in 1905 it still required an “ordinary domestic servant” (as the advert suggested) to step on a foot pump that activated the bellows.

Over a century later, one of the latest offerings from China’s TMiRob Technology underscores just how different the situation is today after it shipped disinfection robots to hospitals across virus-struck Hubei province.

Historically, robots have been developed to take on some of the dirtiest and most dangerous jobs. Countering the Covid-19 pandemic is a part of that mission. Undoubtedly, reducing the number of people needed to clean the hospitals at the heart of the pandemic is helping to save lives.

Shanghai Lingzhi Technology is another of the firms that has rushed its robots to hospitals in the virus zone. There the units release disinfection gas as part of their deep- cleans. The robots are sent into the areas most at risk of infection by the virus, doing three hours of nonstop work each time, China Daily reported last month.

Work like this also reduces the number of times that medical workers have to put on and take off heavy protective outfits, which can take as long as an hour at a time, the newspaper added.

Shanghai-based TMiRob was only founded in 2015 and closed its second round of funding in July 2018, according to S&P Global Market Intelligence data. In addition to a group of private equity investors, the company also won investment from the country’s best-selling robotics cleaning firm, Ecovacs.

Financial analysts believe that automated vacuum cleaning is shaping up to be one of the most popular niches within the ‘smart home’ market. Ecovacs’ main domestic competitor is Xiaomi-backed Beijing Roborock, which had an IPO on Shanghai’s STAR market (China’s answer to Nasdaq) at the end of February.

The company also set a new record after achieving a valuation of nearly 59 times earnings. Like many STAR market IPOs, the stock shot up from an issue price of Rmb271.12 to a first-day high of Rmb538 before falling back to the Rmb348 level again as of March 19. However, analysts still seem positive about the overall sector. Haitong Securities thinks that a steady uptake in usage should equate to sales of about 40 million robot cleaners in China a year, up from 5.77 million units in 2018.

The biggest foreign player is iRobot, which has an estimated 6% market share in China but a dominant 82% share in the US (and 70% globally, excluding China, as of 2018).

The Nasdaq-listed group is the granddaddy of the robot-vacuuming world after being founded in 1990 by three members of MIT’s Artificial Intelligence Lab. One of them, Colin Angle, was in China recently to launch its high-end Roomba S9+, which is retailing for a hefty Rmb9,999 ($1,417).

Angle told local journalists that iRobot will continue to focus on the premium end of the market, steering away from lower-priced competition. More than 30 years of R&D will keep iRobot ahead of the rest, he thinks.

His new product does take the market to the next level: the Roomba S9+ doesn’t just vacuum a room but heads back to its charging point at the end of a cleaning session and empties its contents into a large dustbin that’s built into the charging dock.

This means that the product truly automates the vacuuming process by removing the need to empty the robot device, which typically holds about 0.6 litres of dust and rubbish, compared to 2.3 litres for a fuller-sized, more traditional vacuum cleaner.

In his discussions with the local media, Angle played up the company’s Chinese sales plan but was quieter on questions about its manufacturing plans. In fact iRobot was one of the first big brands to start to diversify its supply chain after the Sino-US trade war erupted. Its stock price lost more than half of its value during 2019 as investors factored in the impact of 25% tariffs on its Chinese-made products. The company initially tried to pass the financial hit onto consumers but this hurt sales after most of its competitors chose not to raise their own prices.

Chastened by the experience, iRobot went full speed ahead in setting up a new manufacturing plant in Malaysia. Commercial-scale production is due to begin in that country later this year.