In China it's all about the money – that is, the digital money | Article – HSBC VisionGo

Is the Chinese central bank's new digital currency a threat to Alipay and WeChat Pay? 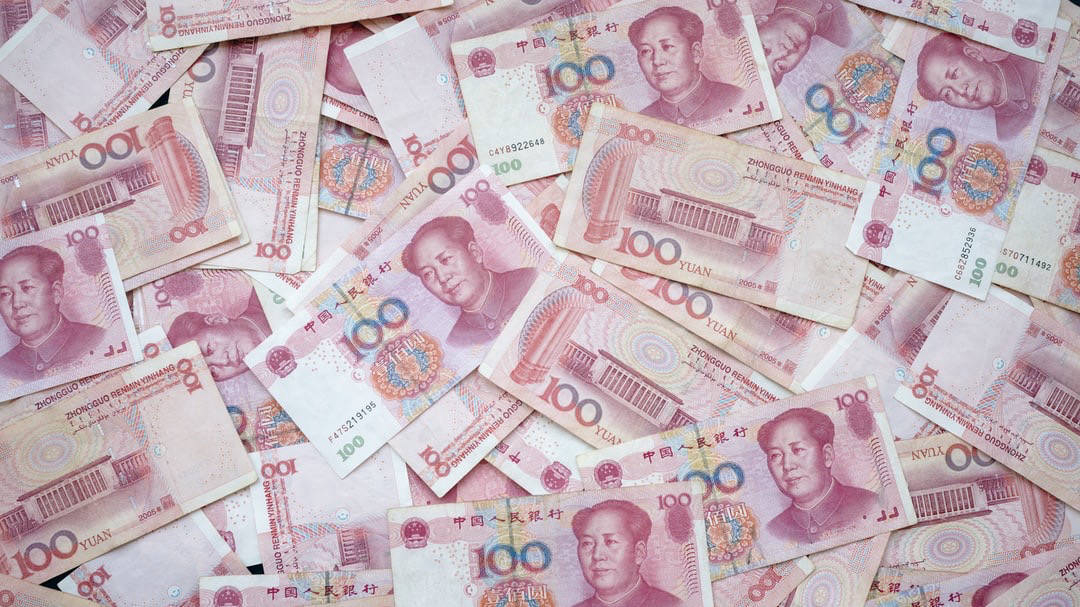 Despite all the talk of China’s achievements in next-generation technology, there is still a startling digital divide in parts of its domestic economy.

There was another reminder of that last month when a man from Anhui was stopped from boarding a long distance bus to visit his relatives in Zhejiang. The problem was that he didn’t own a smartphone so he couldn’t show any of the health codes that serve as passports for travel on public transport during the pandemic.

Undeterred, he ended up walking nearly 600 miles before being picked up by a lorry driver, who told the story on social media. The case was a classic example of how there are millions of people who still don’t own smartphones, locking themselves out of many of the changes sweeping society at large.

That gulf could be set to widen as China readies for the launch of its digital currency. Some analysts warn that this will make life even harder for people without smartphones or the know-how to feel comfortable in a world where many retailers and counterparties are already refusing to transact in cash.

Others regard it as an opportunity to double down on the huge advances in digital payments in China, as well as a new chance to bring millions of ‘unbanked’ Chinese into the financial system for the first time.

Either way the new digital currency is coming, heralding another transformation of China’s financial system.

Aren’t the Chinese already on their way to becoming a cashless society?

It’s true that the Chinese have moved remarkably quickly from an economy heavily based on cash to one where digital payments are preferred. That shows up in the central bank’s reporting on money supply, where ‘M0’ – all the physical banknotes and coins – has been growing at a much slower rate than in the previous decade. But the transition is even more apparent in consumer behaviour, where payments made online or by smartphones at point of sale have surged from around $1 trillion in 2013 to about $40 trillion last year, says Analysys, a research house. Payments by smartphones make up the large majority of the total, surpassing cash by some distance, especially in cities.

Much of this is driven by payment apps from the two tech giants Alibaba and Tencent, which account for as much as 80% of digital payments.

Consumers have leapfrogged debit and credit cards, preferring to pay for goods and services through a combination of e-wallets and QR codes. These wallest store payment credentials electronically, with each entity in the Alipay or WeChat Pay ecosystem assigned a unique QR code, which can be scanned to allow the transmitting of funds. As a result, large swathes of the economy no longer accept cash, with shops and restaurants, taxi drivers and even beggars preferring to do business digitally.

If cash is already becoming obsolete, why is a new digital currency needed?

The new currency – Digital Currency Electronic Payment (DCEP) is its English language title – is being developed by the People’s Bank of China (PBoC). The central bank started working on the plan in 2014 and the project is now in its trial phase, with talk of a formal launch around the time of the Winter Olympics in Beijing in 2022.

The DCEP’s title is unimaginative but it lays out its main rationale, not only in creating a digital currency, but making it also an integral part of a new approach to payments and money transfers.

Screenshots of wallets currently being tested in trials in four cities (including the Xiongan New Area, see WiC361) show the crossover with existing payment gateways from Alipay and Tencent, with functions that support QR codes and the linking of the electronic wallet to other accounts.

The DECP is also designed as a currency that it is sovereign-issued and centrally controlled. Crucially, it will never be ‘mined’ (i.e. made) by third parties, unlike decentralised cryptocurrencies. Instead it will be made available through a two-tier system in which the central bank issues it to commercial banks, which then distribute it to wallet holders around the country. Coins and notes will be sucked out of the financial system as the banks swap cash for DCEP, and then exchange it with the public. But the government will keep a firm hand on the tiller: every unit of currency in the nation’s digital wallets will be matched back to a central ledger maintained by the PBoC.

Why does the government want to introduce DCEP?

Over the longer run the goal is to replace more of the cash in the economy. Digital currency should be easier to distribute than the printing and circulating of paper money (China’s cash economy is also getting more unwieldy, because the highest denomination note is only Rmb100, or about $14).

However, there is also a strong sense that the PBoC is pioneering the plan as a way of promoting an officially sanctioned alternative to decentralised digital currencies like Facebook’s Libra, which could create strains in the financial system. Third parties like Alipay and WeChat Pay are now so systemically important that they come close to being classed as ‘too big to fail’ in the digital payments world as well. The advent of DCEP should encourage the emergence of alternative payment channels, reducing the reliance on the two tech giants.

Policymakers see further appeal in the centralised ledger underpinning the currency, which brings new options for tracking and tracing the movement of money. “In theory, following the launch of the digital yuan, there will be no transaction that regulatory authorities will not be able to see – cash flows will be completely traceable,” Xu Yuan, a researcher at Peking University’s Digital Finance Research Centre, told the South China Morning Post last month.

That sounds like a silver bullet for countering illegal activity such as money laundering, and WiC can imagine a wealth of other ways in which the new currency could improve policing of the financial system, such as the setting of transaction warnings that flag unusual behaviour.

Imagine the property sector if there were requirements that home purchases were paid for with DCEP too. A trackable chain of transactions would help in compiling a clearer picture on prices and ownership, as well as providing a more effective means of enforcing rules and restrictions in particular cities.

Mandating purchases of new properties with DCEP could even be a major step towards creating the national property register that the central government has been promising for years.

The DCEP might be considered as the “digital RMB”, Sina Finance has noted, and that could help promote the global popularity of the Chinese currency.

How are consumers going to benefit?

The digital currency will offer new ways of making sure that financial support reaches its intended recipients swiftly and accurately, bringing spending power to those that need it most. Examples include subsidies for residents of less privileged areas or special funding for districts hit by natural disasters.

The digital payments made through Alipay and WeChat Pay still require the involvement of bank accounts (to which the digital wallets are attached). But under the new approach, users will be able to own DCEP wallets without linking them directly to bank accounts. That could be a way of bringing the ‘unbanked’ into the financial system – a worthy goal when as many as 250 million people in China still didn’t have bank accounts in 2017, according to the World Bank.

Another difference to the cryptocurrencies that circulate around the world, and even to the digital wallets developed by Alipay and WeChat Pay, is that the Chinese state stands directly behind DCEP, giving added confidence to comsumers that the currency is safe to hold. Acceptance will be universal as a matter of law and the currency will be interoperable across all forms of digital wallets. That isn’t the case for WeChat Pay and Alipay, which aren’t compatible with one another, forcing millions of Chinese to maintain accounts with both providers.

The currency’s backers have also been promoting another of its benefits as “dual offline payment”, which seems to mean that transactions can be completed even when an internet connection is unavailable.

Again that is different to Alipay and WeChat Pay, which rely on cellular networks to confirm payment transfer, although presumably something similar will need to happen with the new digital wallets once the user gets back into an environment where an internet connection is available.

This is going to mean a shake-up for China’s financial sector?

Much of the media coverage has focused on the threat that DCEP poses to Alipay and WeChat Pay. In the longer run the private sector firms could lose their duopoly status if the new currency helps alternatives to emerge. In the short term both will be part of the plan for introducing it, because they are already so central to digital payments in China. Their contribution will also be crucial in accelerating the adoption rate as their ecosystems provide many of the products and services for which payment is made.

Despite the threat to the status quo, most commentators say that the competition will be healthy for the tech giants, forcing them into another round of invention and innovation. There is something positive for both platforms if DCEP brings more people into the digital economy as well, stimulating spending on the services that their controlling shareholders provide.

The situation is similarly nuanced for the banks, which have been forced onto the defensive by the rise of Alipay and WeChat Pay. Parts of the banking system have effectively been mothballed as customers bring funds into their payment apps from their bank accounts but rarely transfer them back.

On that basis the bigger lenders will welcome an opportunity to reset consumer behaviour, although the rise of a new currency could create new challenges for their sector as well.

One risk is that savers start to pull cash from their accounts – especially at smaller, less capitalised banks – and switch it into the new digital wallets that is seen as a safer place to store their savings.

If companies and consumers opt for digital wallets in greater numbers they will have even less need to deal with the commercial banks in the traditional manner, which could prompt a drop in deposits and a shortage of capital for lenders to distribute as traditional loans.

The banks counter that they are getting a chance to capture a new generation of customers with their own digital wallets, denominated in DCEP. But the new era is going to bring more scrutiny of their own behaviour as well.

For instance, WiC envisages situations in which the central bank decrees that certain kinds of loans can only be offered in digital currency, with stipulations requiring that the borrower and the interest rate are clearly identified, both of which could be tracked.

Nimbler banks should still get a chance to grab back some of the customers lost to the fintech firms and netizens have noted that Agricultural Bank of China, a state-owned lender, is playing a key role in one of the trial pro­­­grammes, prompting speculation that the state banks might get a favoured position when the currency goes into wider circulation.

Yet there’s no reason why the big four banks should serve as the only middlemen for the new currency, with Mu Changchun, the director of the PBoC’s Digital Currency Research Institute, talking about a “horse race”.

Participants will need to meet the technical standards set by the regulators but the basic strategy being mooted mirrors the ‘open architecture’ adopted by some of the world’s most effective tech brands.

In short: if China’s banks think they are going to get pole position when the new currency is launched, they might be disappointed.