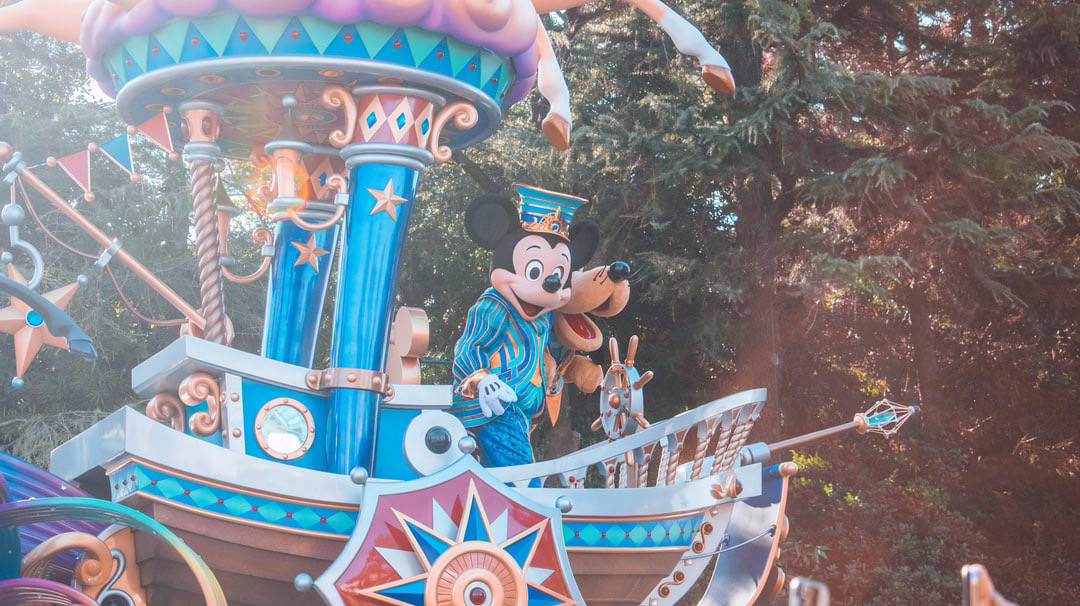 The House of Mouse is back. Shanghai Disneyland reopened this week after shutting up shop for 107 days (owing to the coronavirus). But is the fantasy kingdom set to flourish or will the Disney dream become a more dystopian world of social distancing and disinfectant?

WiC made a visit on Tuesday to find out how the park is trying to move on from the pandemic.

Disney had already reopened some of its retail outlets in Shanghai earlier in March but the resort in the city was the first of its 14 theme parks worldwide to readmit visitors. That puts the spotlight on Shanghai for what it might signal for the prospects of the world’s largest entertainment company, including more than 100,000 furloughed employees around the world. “This is a first step, it’s a baby step,” Walt Disney CEO Bob Chapek told CNBC. “We’re moving slowly, but we’re very encouraged by what we see in Shanghai.”

Of course, the return of Shanghai Disneyland is also one of the biggest tests yet of whether large groups of people can gather safely as tourists, especially at a time when a round of new infections in Wuhan and Jilin has demonstrated that the threat of the virus in China is far from over.

However, talk in the local newspapers was mostly of how tickets for the opening day sold out in a matter of minutes. That was mainly because there weren’t many available for general sale. Adhering to the government’s guidelines, the park is operating at well below a third of its 84,000-customer capacity. The directive is to increase attendance in phases: Disney hopes to lift capacity by 5,000 people each week until it reaches a daily limit set by Shanghai officials.

Getting into the park is a bit of an effort. Visitors have to buy their tickets online in advance and then register in person with park officials at least one hour before they get through the gates. Many queued up at the main entrance three hours before the official opening time. Before entry there are body temperature checks and close scrutiny of the government-issued QR codes on the individual’s health status, as well as of registered ID cards.

Once inside, the focus on health and safety protocols is persistent. The limited number of visitors also gives the 963-acre destination a strangely subdued feel, with benches, kiosks and dining areas often unused or closed. Queuing for rides was carefully managed too, with lines separated into squares marked out on the ground. WiC also noticed how Disney executives were patrolling in small groups, watching and learning from what was going on.

Many of Disney’s hallmark events – the parades, night fireworks and live theatre shows – were still suspended, apparently to avoid a build-up of crowds. Instead there were 15 minutes of dancing five times a day, although it felt a bit half-hearted, with Mickey and Minnie appearing rather apologetically at the very end.

In fact almost all of the park’s costumed characters were thinner on the ground and there was no chance of a hug or a kiss from your Disney favourite. A wave was as good as you could get.

Face masks are mandatory – something that visitors in China may find more acceptable than their counterparts in the United States. There are regular reminders to behave appropriately too. Cast members – Disney’s term for employees – stay busy on sidewalks and next to the queues for the attractions, holding up signs reminding people to keep to the social distancing rules.

There’s social distancing on the rides as well – WiC sat between rows of deliberately empty seats on rides like the Pirates of the Caribbean. Cleaners were working tirelessly, wiping down surfaces. You want to hop on Buzz Lightyear’s Planet Rescue, and zap targets with hand-held blasters? Okay, but you have to put on a pair of plastic gloves first.

Visitors still seemed thrilled to be back, however. WiC talked to a 20-something couple from Taizhou, about 230km northwest of Shanghai, who were visiting on a day trip so that they could “try out all of the rides at least once”. Fewer visitors than normal means the waiting time for even the best attractions was no more than half an hour, they explained excitedly. “We will come back at a later date to see the shows and the fireworks!” they vowed.

Other visitors were pleased to get into the park on cheaper tickets. A family of four from Shanghai told WiC that the reopening tickets retailed for Rmb399 per adult (instead of Rmb499 before the outbreak) and were soon sold out.

However, they had managed to get half-day entry for Rmb249 per person. Demand for tickets looks solid. At the time of publishing, online travel firm Trip.com was reporting that none of the standard variety were available before May 24, although a recently introduced premium deal could still be purchased at Rmb578 per person.

“Shanghai Disneyland’s hot ticketing sales have once again proved consumers’ strong demand for travel and tourism and how they continue to be a powerful economic force,” said Fang Hongfeng, general manager of Trip.com’s Activity Business unit.

With Covid-19 coming under greater control in China and further relaxation in travel and tourism policies expected, Trip.com is set to launch new travel deals with a wide range of industry partners. Consumer confidence will slowly return, Fang predicted.

For Disney it’s just a relief to get back up and running a facility that has attracted 66 million visitors since its opening in 2016 (see WiC329). “It’s fairly obvious that the reopening has allowed the company to taste some much-needed sweetness,” Zhou Mingqi, the founder of tourism industry think tank Jin Jian told Caijing business magazine.

Disney will also be hoping that events in Shanghai can be repeated at other venues, with reports this week that Walt Disney World Resort in Florida has started to take reservations for July 1 onwards.

Disney boss Chapek says that it will be mostly up to his customers whether the parks can get back to fuller capacity at a quicker rate. “Right now, a lot of that depends on the guests, and our [Shanghai] guests have been extraordinarily diligent in maintaining that social distancing so far,” he told CNBC. “So if the guests continue to behave in the way that they have, I think we might be able to approach that.”

The relaunch at Shanghai Disneyland has also heralded the reopening of other theme parks in China. Chimelong, the leading domestic amusement park operator, has already announced that some of its largest attractions in Guangzhou will resume operations by the end of May.

According to online travel information provider Qunar, more than 400 other parks across China have already reopened, accounting for about 30% of the total. Qunar also says that since Shanghai Disneyland’s reopening announcement on May 6, searches for theme parks during the May 9 weekend were up by a factor of three, compared to the search activity for the holiday period at the beginning of this month.

“The Disney effect will help quicken the reopening of China’s other amusement parks,” Gou Zhipeng, president of Qunar, told local media, adding that he expects to see most parks back in action in May and June.

The upcoming Dragon Boat Festival and the summer holiday season will also speed up the recovery of the tourism sector, although controls on visitor numbers and more limited opening hours will stay as the operational priority for some time, Gou added.