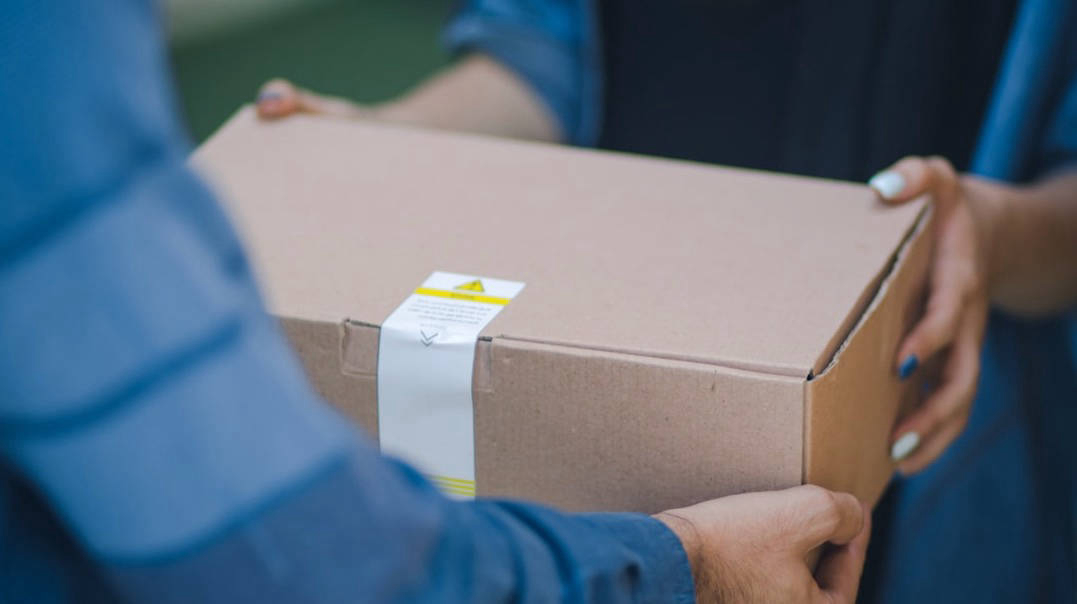 In the 1990s there were more than 30 Chinese-language newspapers in Hong Kong. The local consensus was that such a tiny market could house no more new players – that was until Jimmy Lai set up Apple Daily in 1995 and made it one of the best-selling dailies.

The media tycoon then decamped into uncharted territory to set up Admart, an e-commerce venture, in 1999. Admart took on Hong Kong’s largest shopping malls and supermarket chains, most of them owned by a handful of local property billionaires. Lai believed that people would switch more of their shopping online. Many did. But the cost of delivering goods to them was unmanageable. Admart folded after just six months and Lai lost nearly $150 million. “It was a stupid idea,” he later told Business Week.

Or was it? Only a few months separate the birth of Admart in Hong Kong and that of Alibaba in Hangzhou. Jack Ma’s baby would blossom into China’s biggest online marketplace – with a business model not wholly dissimilar to Admart’s.

One factor in their very different fates was the size and growth potential of China’s consumer market. Another was a logistics sector that got plenty of policy support from the Chinese government over the years. That has made e-commerce a much more viable business in cities in mainland China (and relatively less so in Hong Kong, where the costs of land, rent and labour are so much higher).

The vast surge in online shopping then fed back into the delivery sector, drawing in so many new couriers that the marketplace has become overcrowded, with many of the lesser players on the brink of failure.

Just about everyone had concluded that the market had become more than saturated – making the sudden appearance of an aspiring new force all the more surprising.

And the newcomer is?

Its name in Chinese is Jitu, with a literal meaning of ‘Extreme Rabbit’. And the debutant is certainly moving at rapid speed: according to 36Kr, a news website, it only started building its logistics capability in mid-March but its network has already expanded to 1,500 outlets in a bid to provide coverage within almost all China’s towns and cities. It has also teamed up with more than 10 e-commerce platforms including major players like Pinduoduo and Suning.com.

The start-up could have hit the ground running much earlier, 36Kr pointed out, but the Covid-19 outbreak disrupted its rollout. Still, as of last week, its rapidly expanding operation was manned by nearly 15,000 staff and it had started making deliveries in larger cities.

A fuller national rollout is expected in the summer, as the company fills out the “last mile” of its network by recruiting franchisees in more remote areas.

Extreme Rabbit is the brainchild of a haigui (a ‘returning sea turtle’, or mainland Chinese coming back from a period studying or working overseas). The roots of the operation draw on J&T Express, an express courier firm founded by Chinese entrepreneur Jet Lee in 2015 in Indonesia. It has become one of the fastest-growing players in Southeast Asia, looking to serve more than 550 million people with a team of nearly 60,000 staff. But the five year-old logistics firm is now targeting an even bigger market: China.

Who is backing J&T Express?

According to the company’s official website, J&T stands for ‘jet’ and ‘timely’. Yet Wallstreet.cn notes how the branding also looks like the initials of its founder Jet Lee (the J) – formerly a key executive with OPPO when the Chinese smartphone maker was expanding in Indonesia – and Tony Chen (the T), who is OPPO’s current chief executive.

Regular WiC readers should be familiar with OPPO (see WiC358) and its founder Duan Yongping, a relatively low-key tycoon (see WiC409). Lee joined Duan’s BBK Electronics – the owner of the OPPO smartphone brand – in 1998. He climbed the ranks as a salesman and was promoted to become BBK’s regional head in the provinces of Zhejiang and Jiangsu. After relocating to Jakarta in 2013, he needed just three years to help OPPO grab a 20% market share in Indonesia.

Leveraging OPPO’s retail network, Lee set up J&T Express in 2015. Now he wants to duplicate J&T’s growth story in China’s much larger but also much more competitive e-commerce market. In doing so, he will again be relying heavily on his connections with OPPO – indeed, many of the logistics franchisees in major cities are also designated retailers for OPPO handsets.

The interlocking guanxi doesn’t end there. Duan is a key investor in e-commerce platform Pinduoduo, which was also founded in 2015. He is widely considered to be the mentor of Pinduoduo’s founder Colin Huang. After he won an auction to attend a charity lunch with Warren Buffett in 2006, Duan took the then 26 year-old Huang with him.

Citing another insider, Wallstreet.cn reports that J&T’s China venture has just raised about $20 million in start-up capital and that Pinduoduo was one of the angel investors. That’s why a lot of media outlets are speculating that J&T will forge a tight-knit partnership with Pinduoduo to take on bigger rivals such as Alibaba and JD.com. Some are even talking about J&T as the new “logistics arm” of Pinduoduo.

How does J&T fit in with Pinduoduo’s plans?

JD.com and Suning operate their own delivery units. Alibaba has done things differently, forging powerful partnerships with the likes of STO, ZTO, YTO and Yunda Express, a hardened group of couriers that grew into nationwide players from the unheralded town of Tonglu in Zhejiang (see WiC344 for our first mention of the so-called ‘Tonglu gang’).

Two years ago Pinduoduo’s Huang told journalists that his start-up would never “touch on” the logistics and delivery business because it was too costly and that “the others have been doing it too well”. When he made that promise his firm accounted for 20% of the package volumes of China’s express delivery sector. That share has since climbed to nearly 30%.

For the time being, most of Pinduoduo’s online orders are being delivered by the Tonglu firms. But as competition intensifies with other e-commerce platforms, it is looking at its delivery strategy differently. At the very least, it no longer wants to count on couriers affiliated more closely with its bitter rival Alibaba.

The coronavirus outbreak has also highlighted the importance of reliable courier partners. With delivery networks under unprecedented pressure during the lockdown, Pinduoduo has complained that too much favour was shown by the ‘Tonglu gang’ to bigger firms such as Alibaba and JD.com. Up to 40% of orders on its own platform were taking more than seven days to deliver.

“Express delivery has become a short circuit on Pinduoduo’s platform,” 36Kr concludes, and unsurprisingly the New York-listed firm wants to establish some more solid foundations. Part of that is a $200 million investment in Gome, the electrical appliance retailer, which we reported last week (see WiC493). But the media attention is already moving on to what happens with J&T.

“Pinduoduo and J&T Express will be a natural partnership. They complement each other,” notes Huxiu.com. However, the web of rivalries and alliances in online retail means that that the two firms will need to tread carefully, the news portal advises. “For J&T, a partnership with Pinduoduo might bring brand awareness but it could also provoke boycotts from Pinduoduo’s [e-commerce] rivals,” Huxiu.com believes.

A new dawn for the delivery firms

Yunda Express published its annual report last week and analysts were quick to spot that Alibaba has been enlisted as one of its shareholders with a 2% stake. The revelation seems to confirm reports in March that Alibaba was planning to buy a stake of up to 15% in the Shenzhen-listed firm. The deal was rumoured to be worth about $800 million and it would be Alibaba’s fifth major investment in a courier from the ‘Tonglu gang’.

These Tonglu firms are already strategic partners and investors in Alibaba’s logistics affiliate Cainiao Network, in which Alibaba has been trying to tighten its grip. In November last year, the e-commerce heavyweight spent an additional Rmb23.3 billion ($3.27 billion) to boost its stake to about 63% from 51%. Control of Cainiao gives Alibaba crucial data on how goods are being delivered across the country. That has made some of its delivery partners more wary of their largest customer, however. In WiC374 we wrote about how it had provoked a row with logistics giant SF Express about customer information.

SF Express has also been trying to tap the “last-mile” market via Hive Box, a unit that operates pick-up and drop-off stations nationwide (see WiC358). News emerged this week that Hive Box will merge with another rival that is partly controlled by the state-run China Post.

Rival retailer JD.com has added to its own fulfillment capacity, developing a new express courier unit to complement its more established unit JD Logistic. Known as Zhongyou Express (zhongyou means ‘public post’), the new network is focusing on parcels that weigh 3kg or less. Zhongyou secured a business licence in March and is now recruiting franchisees to join its network. According to Huxiu.com, Zhongyou will be at full operational readiness by the time of the June 18 Shopping Festival (JD.com’s challenger to Alibaba’s November 11 Singles’ Day).

The courier sector was one of the first to rebound from the impact of the Covid-19 outbreak. Indeed Xinhua reported this week that delivery firms were back to handling more than 200 million parcels every day, almost the same level at the No-vember peak last year (when Alibaba’s Singles’ Day occurred).

The surge in delivery volumes has come with slumping charges for handling, mind you. In Yiwu, a trading hub for small manufacturers, some couriers were offering to deliver parcels at prices of Rmb0.8 a piece last month. This may have been a marketing gimmick for an industry poised for a reboot, ThePaper.cn noted.

But competition is intensifying. “The rule of the game has always been simple and brutal. The large players set out to squeeze the life out of lessor competitors and newcomers, and then they split up the market share of those who have collapsed,” it wrote.

That’s how the ‘Tonglu gang’ will react to J&T’s sudden appearance in China. But founder Jet Lee says the main rationale for coming into the ultra competitive Chinese market is to defend itself. As internet giants such as Alibaba and Tencent start to reach more consumers in Southeast Asia through platforms such as Shopee and Lazada, their courier partners from China will come and attack those markets too.

Instead, Lee relishes the challenge, calling for a corporate spirit of “running for our life” – hence the firm’s branding as Extreme Rabbit.

“I used to tell a story: a farmer was working on his fields with a dog and a wild rabbit appeared.” Lee explained. “The farmer asked the dog to chase it. A few minutes later, the dog came back demotivated. The farmer asked ‘you are such a big dog, why can’t you catch a rabbit’. The dog said ‘I ran for a meal, the rabbit ran for its life. He was too fast’.”

How fast can J&T run? Replicating its Southeast Asian success in China will be a genuine challenge. Many doubt that it will be able to grab much share from better established incumbents. But the consensus a few years ago was that Alibaba and JD.com were the overlords of e-commerce. Since then dark horse Pinduoduo has emerged as a genuine threat to the duopoly. And, of course, Pinduoduo also has a commercial interest in making J&T a success in order to establish a delivery network that rivals those of its main competitors. And with the guiding hand of OPPO’s Duan Yongping in the background, a bet against J&T would also be a bet against one of China’s canniest business tycoons. This rabbit could have a long way to run yet.