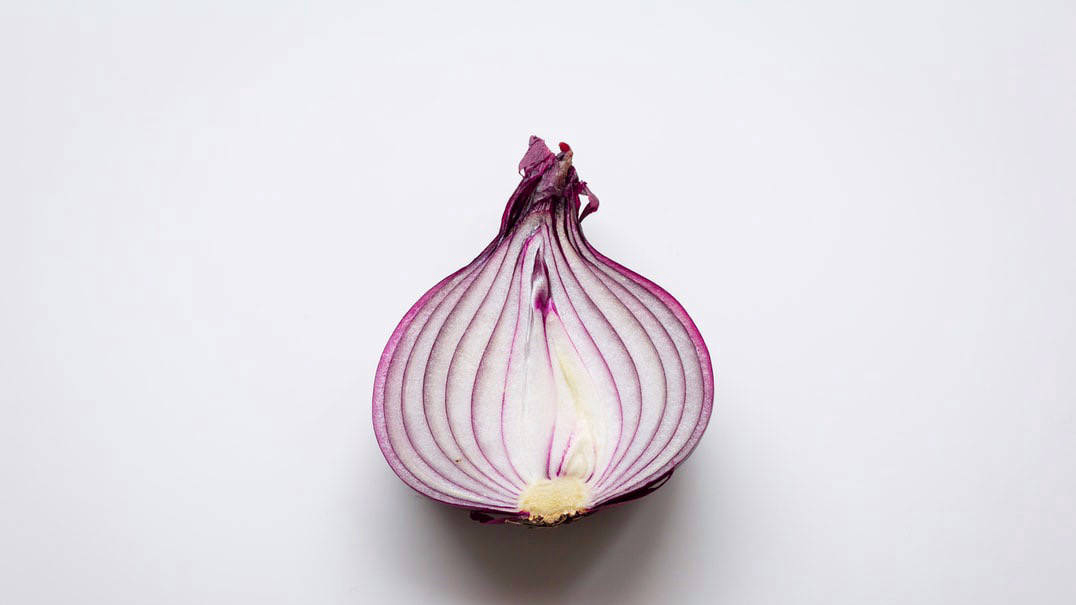 The world of Chinese e-commerce is truly impressive. Regardless of where you are, or what you want to buy, you can normally find a way to put in an order for the item that you want.

Your correspondent has seen fish tanks, shipments of sand, and even a tree pass by on top of the tiny vehicles that provide the ‘last mile’ of delivery to people’s homes.

But the sheer flexibility of the courier system is open to abuse, as one man from Shandong discovered this month.

Surnamed Si, the man had broken up with his girlfriend and was apparently so pleased to be single that his former lover felt that she should punish him by sending him a tonne of onions.

“I cried for three days and now it’s your turn to cry,” the message on the shipment said.

Photos from the drop-off show dozens of sacks of red onions ariving at the man’s apartment. The instructions on the order were explicit: leave them right by his front door.

Zhao, the former girlfriend who placed the order, said the stunt was cheap at the price. “A relationship involves two people, I can’t be the only one crying,” she was quoted by Xinhua as saying.

Netizens were soon calculating that it probably cost her about Rmb2,000 ($280.18) to order the onions.

“I would have added garlic, chilli and mustard,” quipped one.

It’s not the first time that delivery firms have been enlisted to exact revenge on an ex-lover. In 2018 a group of women used an e-commerce platform to send a funeral wreath to a young man who had been cheating on one of their friends.

In a different slant on ‘relationship politics’ in 2016, a vendor on Taobao sold “insurance” to Taylor Swift fans on the likelihood of the singer breaking up with her then beau Tom Hiddleston.

Until recently Taobao users could even hire people to track down their ex-partners and hurl abuse at them. In the last couple of years the platform has cracked down on these kind of ‘services’, but they are still available on other networks such as WeChat.

Going back to the story of the onions – it is probably fair to say Zhao didn’t get the result that she wanted.

Si was still unapologetic after he received his shipment and said he felt no remorse at breaking up with her. Instead he took the onions and sold them for Rmb1,000.

However, the delivery did bring two people closer to tears – the delivery man and an elderly neighbour, who found the smell overpowering. “It took me almost six hours to get the onions from the truck to the door,” said the delivery man. “I was about to cry,” he added.

Some questioned the veracity of the report, saying the images and the storyline suggested that it might be a publicity stunt for Taobao or the delivery company.

“Taobao is really clever, it only took a thousand yuan to get its name into the hot topic list,” one person wrote on weibo, referencing the social media platform’s ranking of the most-read items.