Why Everyone Wins When Healthcare Meets Gaming Technology 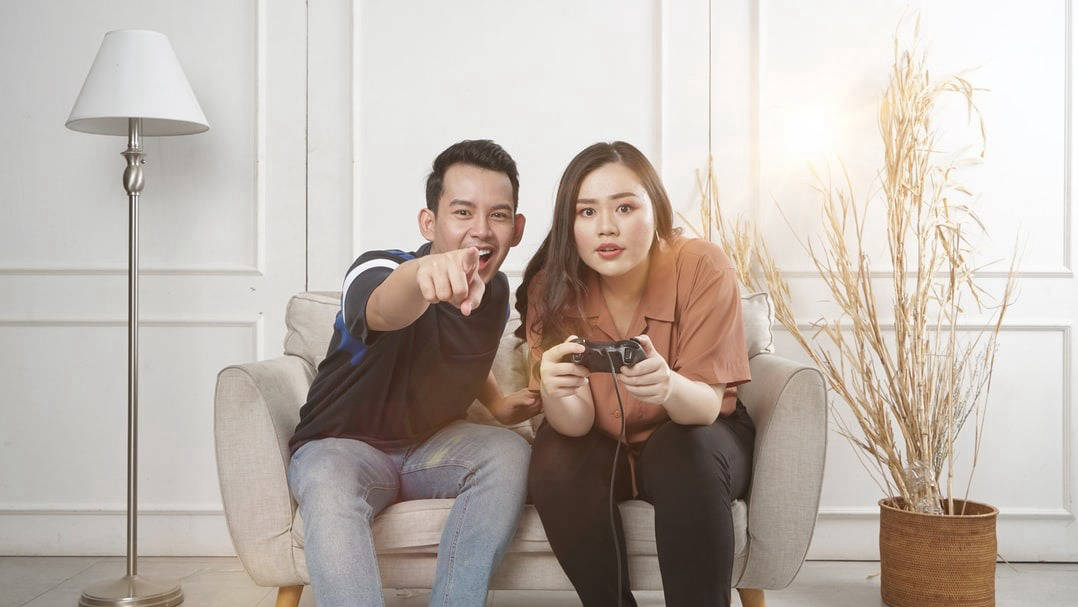 Traditionally, the negative impact that playing games excessively has on our health seemed to be common sense. Of course, an excess of anything is unhealthy in general. However, recent innovations suggest that gaming can actually make significant contributions in improving our healthcare. In this article we explore this at three different levels:

“There's a virus and it's doing things. But really it's a virus that's spreading between people, and how people interact and behave and comply with authority figures, or don't.” - Eric Lofgren, Assistant Professor in Global Animal Health, Washington State University

Outbreaks are not all molecules and microscopes, they are also a social problem and how people react to a public health crisis is critical in shaping the ways in which the disease spreads.

A notable example is the recent COVID-19 pandemic. Hong Kong and other Asian countries carried out their own preventative measures based on their past epidemic experience with SARS even before the World Health Organization announced the virus’s pandemic status. Civilians organised circulations of face mask and sanitisation supplies and private companies initiated work-from-home rotations amongst their employees as early as end of January. As of May 4th, such attempts to flatten the curve have proven successful with zero local infections in Hong Kong for 2 consecutive weeks. In contrast, the delayed intervention and greater cases of people breaking quarantine regulations in other countries with different cultural and political backgrounds, such as the US, have possibly contributed to their higher infection rates up to date.

Conventionally, computer simulation via algorithms is one of the most relied-on methods in studying human behaviour, especially at the scale of an epidemic or pandemic. However, having real humans controlling avatars on a virtual platform is a much more viable way of capturing the complexity of human behaviour.

In Sept 2005, Blizzard Entertainment (now Activision Blizzard - NASDAQ:ATVI), the game developer of an online multiplayer game called World of Warcraft (WoW), introduced a virtual character to the game that could poison players with ‘corrupted blood.’ This led to an unplanned virtual pandemic amongst the players, who exhibited similar behavioural patterns to those that occurred in real-life outbreaks. For example, some players went against quarantine measures set amongst the majority of the WoW community, which corresponds with the quarantine protests in the US for COVID-19. This phenomenon could not have been predicted with algorithmic methods alone as such reactions are motivated by the complexity of human emotion and choice.

Pandemics have been regularly recorded throughout history (e.g. 1918, 1957, 1968, 2003 and 2009) and will inevitably occur again. Just as how the ‘corrupted blood’ incident has caught the attention of many public health experts, we believe that such gaming data will provide valuable insights for implementing health policies in managing civilian behaviour in future health crises more effectively.

“A person can simply memorize information to pass a quiz, but a broader appreciation of a complicated concept emerges through gameplay, during which a user either succeeds or fails based on how they use information in specific scenarios.” - Tim Lougheed, Freelance Scientific Journalist

In addition to studying behaviour, medical simulation games can help raise awareness of the general public through entertainment. For example, Heart’s Medicine is a strategy game series (mobile and PC) that follows the narrative of a female doctor working in a hospital. Throughout the story, the goal is to pass successive levels testing your time management skills under increasing amounts of pressure. Simultaneously, you experience the ups and downs of both the career and personal life of a healthcare worker.

In fact, gamification education is becoming a trend amongst medical professionals. Level Ex is a company that develops video games to train physicians in the theoretical, technical, and fast-paced decision making skills required for real-life patient treatments. Moreover, these games diversify to cater towards practitioners of different specialisations (e.g. anesthesiologists, gastroenterologists and cardiologists). Sam Glassenberg, CEO of Level Ex, commented on the “ridiculous” popularity among doctors and that the company is struggling “to meet the demand.” Level Ex has raised a total of US$17M+ funding across its seed and venture rounds and has an estimated valuation of up to US$50M in 2019.

As such, crossover innovations between medicine and game design are definitely an up-and-coming scene to look out for.

“Patients may know that they need to quit smoking, lose weight, or exercise more, but summoning the will to change is hard.” – Mitesh S. Patel, Stacey Chang and Kevin G. Volpp, Harvard Business Review

It is notoriously difficult to summon the will to live and maintain a healthy lifestyle, especially when we live in a fast-paced world with so many distractions. As mentioned previously, ‘gamification’ is a new trend amongst the health sector, where you incorporate game elements (e.g. setting clear milestones and rewards) into a non-game setting (e.g. dieting).

Health insurance company AIA has a mobile app for customers to gain points when they do certain activities that promote their overall wellbeing, such as walking 7,500 steps in one day and answering health quizzes correctly. These points can then be used to redeem freebies including movie tickets or discount vouchers, which act as motivators for customers.

Hence, user experience designers of lifestyle apps are seeing a growing opportunity in collaborating with game developers as well.

Video games as a learning tool is nothing new. The foundational elements that make it so engaging and educational have always been there. It is the way we talk about and utilise them that counts. Now is the time to flip the narrative of gaming from a toxic pastime to a worthwhile investment in our health in the long run by bridging the gap between medical knowledge and game design.

Should you be interested in more insights from our research, please feel free to contact us at: winglee@wnjventures.com