Your mobile device has quickly become the easiest portal into your digital self. — Phil Nickinson, Editor of Android Central 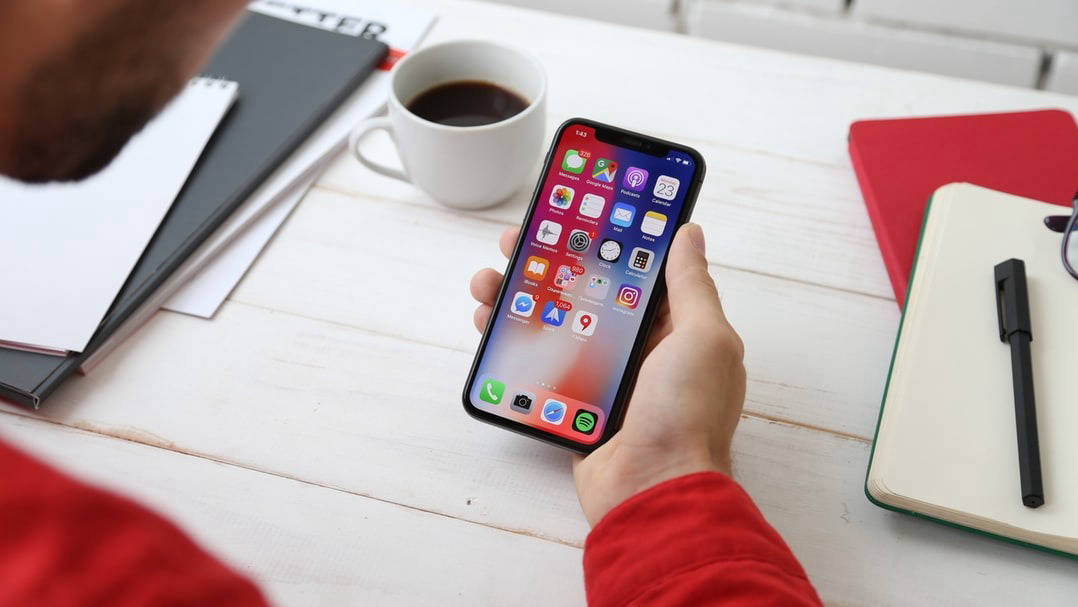 Since the opening of iOS App Store in 2008, the number of mobile applications (‘apps’) available on Android and iOS platforms has already showed an exponential growth beyond 2 million. Nowadays, city dwellers manage all kinds of matters through their mobile phones, from online banking, social media accounts, gaming, video-shooting to daily transaction. Some may even choose mobile phones over their wallets if they have to leave home. When it comes to connection, mobile apps become indispensable to clients and staff of enterprises of all sizes.

Your mobile device has quickly become the easiest portal into your digital self. — — Phil Nickinson, Editor of Android Central

Mobile apps development was a craze before and after 2012. All you needed to make your first bucket of gold is to develop a convenient and user friendly app at that time. But modern-day companies can select suitable types of mobile apps to be developed according to their own business needs, resources and time constraints by drawing reference from the flourishing apps market. To help you narrow down your choices and find the right one, we will briefly explain to you different types of mobile apps development.

Native app is written in the same set of native code language used in writing the mobile phone system. From the earliest iOS’s Objective C to Swift and Android’s Java to Kotlin, writing apps in the native language is regarded as the most direct way in apps development. In theory, native app makes the most efficient use of all  features in a mobile phone and provides the best user experience.

Native app has an edge over other types of applications in utilizing the features of a mobile phone, in the sense that native app could adapt the changeCost matters and time is tight, the market always automatically adjusts and seeks new paths in apps development. The hybrid apps were born.. Native app is the first to use and adopt new features, such as the popular Machine Learning and Augmented Reality (AR) in recent years.

On the contrary, developing native apps incurs a comparatively high cost. Considering that the market is a blend of products out on iOS, Android and Windows, the app you developed is generally expected to support users from multiple platforms at the same time. Otherwise, writing the apps in separate sets of native code languages for different platforms may properly double the cost and duration required for apps development.

From Hybrid Apps to Cross-platform Apps

Cost matters and time is tight, the market always automatically adjusts and seeks new paths in apps development. The hybrid apps were born.

Imagine that hybrid app installs a web browser in your mobile phone, as web browser is in nature universal among various mobile phones, so you can open a simulation of mobile app in the form of website through this browser. That’s how the primary shareable coding of an app could be displayed in the form of website. For the remaining features of an application that could not be displayed on a website, the parts must be written in the native code language of respective platforms. If you have to launch an application for both Android and iOS platforms, choosing hybrid over native app saves around 25% cost and duration of development to create the same effect.

In 2105, apps written in Iconic based on AngularJS and Cordova had bloomed and swept the world. However, the core problem of hybrid apps is the deficiency in user interfaces performance. In view of the very limited capability of Android and iOS browsers at that time, the user experience of hybrid apps was much worse than those native apps offer. For the experienced mobile phone users, a glance is enough to tell whether an app is hybrid. Corporate images may be adversely affected when clients had a bad experience on their hybrid apps.

Although these development frameworks claim themselves to be development tools for native apps, being able to create a comparable user experience and efficiently utilize mobile phone features like native apps do, it still takes months for cross-platform apps to support the latest features added to mobile devices, falling way behind native apps do. If your business pursues timely support for the latest mobile phone features in your app, you may think twice if cross-platform is the best choice for you.

Web apps are, simply defined, webpages. But most of these webpages are built under the framework of Single Page Applications (SPA) and could bring users an impression and feeling similar to mobile apps, along with the improving technical capability of mobile browsers in recent years.

When it comes to user interface experience, web apps still perform below the before mentioned apps even with the improvement in current mobile browsers. Web apps also face limitations in function diversity, like failing to read QR codes, receive messages from Bluetooth devices and process payment through Apple Store/Play Store. But if you are planning to launch an app featured with simple data like text and images, web app is definitely the one for you.

Based on the characteristics of web apps, iOS and Android took corresponding actions in enhancing their capabilities and bring Progressive Web App (“PWA”) to the world. When you browse through iOS’s Safari or of Android’s Chrome, you can select and add any webpage to the screen of your mobile phone, and the webpage will then pop up in a look similar to mobile app. PWA looks exactly the same as other apps in the eyes of general users, with PWA, you can even use the features originally provided by native apps only, such as pushing messages, retrieving coordinates, taking photos and making use of the mobile compass function.

Another breakthrough achieved by web apps and PWA is that no download from App Store is required. Users have thousands reasons refusing to download an app, say limited Internet access, inadequate phone memory or having too many apps and one more is just too much. Web apps and PWA kick all these concerns out, to start with, users simply need a second to scan a QR code or search on Google. Such a fast and convenient experience in starting an app is definitely enjoyable to customers when promoting your new products.

Perhaps the most surprising thing is that web apps take the least time and cost among all types of apps development. Web apps support nearly all mobile phone platforms and desktop computers at minimum cost, are well-suited for services such as online shopping and room booking that do not engage exclusive features or functions of mobile phones. To get a taste of PWA, try Starbuck’s website at https://app.starbucks.com.

Besides apps designed for the public, many enterprises actively seek apps designed for internal use to facilitate corporate management and operation, particularly in supporting staff to claim reimbursement and apply for leave. PowerApps of Microsoft is what you are searching for.

PowerApps are affiliated to Microsoft Office 365. To begin with, staff only needs to download PowerApps from Apple Store/Play Store and login their accounts to a simplified user interface provided by PowerApps, on which staff could manage daily office matters through the small-sized applications pre-installed by administrators. PowerApps also collaborate and couple with OneDrive, SharePoint and Power BI of Office 365 to form an integral system, facilitating administrators and managers to extract data and reports for better understanding on the operation of the whole company.

The development cost of PowerApps is around 20% of general software applications, however the bundled cost of regular subscription fee for Microsoft Office 365 counts, as every PowerApps account must be linked to an Office 365 account. That’s a generous sum of money. But if your business is an existing customer of Office 365 and you are looking for applications to facilitate daily office operation, PowerApps works for you.

Unity and Unreal Engine are specifically designed for game development, supporting mobile apps as well as gaming platforms like PlayStation, Switch and Steam, commonly used in developing cross-platform games. Unity and Unreal Engine are strong in 3D presentation and game computing that are compatible with both game development and mobile apps, their hottest game creations include Minecraft and PUBG.

Yes, we know, there are many choices. To find out the one that suits you best, making the most efficient use of your precious time and money, feel free to contact us ONES Software for enquiries. We are here to provide our expertise in mobile apps development.

To find out more features and details of Bookings ONE, contact us at: